What Real Leadership Looks Like Today–My Parents, The Bible and Gay Marriage

This was written by an executive at a company with whom Teleos works. It exmplifies leadership in today’s world, both the story of Rhonda’s parents, and the courage it takes for her and her family to go public with this personal journey for civil rights for all people. 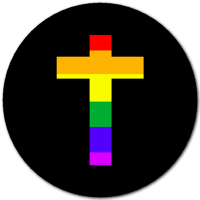 My mom and dad were born in Indianapolis, Indiana in 1937. They were born into the typical African American family of that day. Their parents were unskilled workers who were devoted to Jesus and their children. They withstood the daily indignities of segregation and took their cues, for everything in life, from the Bible and from the charismatic preachers whose churches populated every street corner of the inner city the way that liquor stores seem to today.  Their religion was rather rigid – a strict interpretation of the Bible that dictated that only men could be ministers, women could not wear pants to church and homosexuals were an abomination. Through all of this they thought: “God made Adam and Eve, not Adam and Steve!”

By the time I came along, it was the 1960s and the world had changed. My parents had moved from the cocoon of the midwest and the constraints of their community. They must have found it all very confusing because they were civil rights activists and, as such, found themselves in the foxholes with people very foreign to them. In this new world, some whites linked arms with them in brotherhood; some women dared to step out in front of men; and some boys kissed other boys. Through all of this, my parents clutched their Bibles and thought: “As long as they keep it in the closet and don’t force it on us, we’re ok.”

In their later years, they would see a nephew and a niece grow up. Never having the proper boyfriend or girlfriend and acting just a bit different. The niece got a buzz cut; the nephew moved to California with his “friends”. Nothing was said. There were whispers in the house when the nephew returned to Indiana after several years in California. He was skinny and he was sick. It was 1992 and my aunt nursed him until he died. And no one talked about what had happened to take this once strapping young boy. And through it all, my parents kept praying to Jesus and said: “God doesn’t make mistakes. To each his own.”

The world kept changing and my parents got older. One summer they visited Provincetown because they couldn’t get a ferry to Martha’s Vineyard. They didn’t know anything about it and they must have been a sight: two old Black people holding hands and looking for the blue plate special. But the locals loved my fiesty mom and my dad called me and said “Everyone is so friendly here, there are rainbows everywhere!” Indiana just didn’t get it. Another year, a group of my friends visited from New York and mom seemed to barely notice that there were no girls to sit with the group of boys by the pool but she sheepishly told me “I like your friends”. Later reports of kids getting bullied and celebrities coming out dominated the news and when a group of ministers grabbed the national spotlight and stood up for DOMA, my parents said: “They should get back to preaching and mind their own business!”

Yesterday our President made the most important moral stand of his term and the first thought of many was how would the conservative Black church react – the same church that was so easily manipulated during the Prop 8 debate. Would this erode his support with the powerful and important Black ministers? Our President’s comments were met with elation and venom by different segments of the population. As we discussed the events of the day, my husband wondered how my dad, the old deacon, would feel. We soon got our answer. This morning my mom came to our house, as she has every weekday for the past 15 years, to take care of our children while my husband and I work in the city but something was different. Mom was ebullient as she chattered on the phone with my dad. Soon it became clear that their opinions may have changed over the years but their faith had not. They were still holding onto their Bibles as they said, without qualification: “How bout our President! We are so proud of him!”

My parents believe in equality for all people. Not just equality in the areas that they don’t care about but equality in areas that may make them a little uncomfortable. My parents did not evolve overnight, it came in small steps over time; fueled by people they met and struggles they shared. They did not change because one of their daughters came out – we are both married to men who are rivaled in their magnificence only by our dad – but their willingness to change has made it safe if any of our children want to come out. My parents no longer want the LGBT community to keep quiet but they want them to live out loud. They are 75 and they are my heroes because they live their Christianity with compassion and authenticity.

This entry was posted in Leadership and tagged civil rights, equality, religion. Bookmark the permalink.